I have good news, and I have bad news. The bad news is that I must declare this blog officially dead. The good news is that my work will continue in a better, more traditional, and more lasting form. As of the January/February, 2011, issue, I have become one of the editors of Orthodox Life, the popular English-language publication of Holy Trinity Monastery in Jordanville, NY. This periodical, which has been in continuous publication since 1950, is currently undergoing a renewal in both content and design after several years of relative decline.

If you have enjoyed the material found on this blog, then I assure you that you will enjoy the new Orthodox Life.

I urge you all to subscribe! For more information, go here.
Posted by Felix Culpa at 11:15 PM 109 comments:

On June 20 I was separated from my computer when transferred to another ward of the hospital. I have not had access to my laptop since. I'll now be able to use it a couple minutes a day, mainly to check email, but I won't be able to resume blogging until I've been released from the hospital, which may be a couple weeks from now. I appreciate your patience and ask your prayers.
Posted by Felix Culpa at 5:22 PM 135 comments: 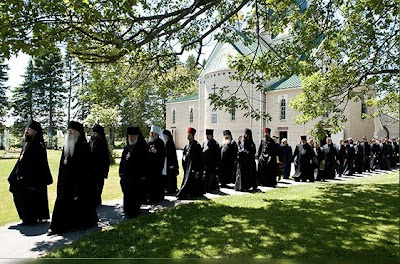 As I've had to occasion to mention a number of times, I taught for several years at Holy Trinity Seminary in Jordanville, NY. I taught a variety of subjects: Principles of Orthodoxy, English, ESL, New Testament Greek, and Russian History. The subject that I was most excited to teach was always Principles of Orthodoxy, a two-semester sequence that I envisioned as a sort of introduction to theology. Here, for your interest, is the basic syllabus I used:
First Semester
Second semester

I really love to read the Scriptures and Holy Fathers!
Posted by Felix Culpa at 7:18 AM 3 comments:

How to Dress in Church 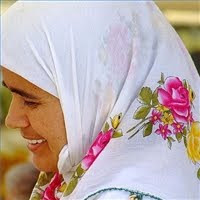 Question: My acquaintance assures me that women of all ages are bound to attend services in church with their head covered by a scarf. Tell me, is this so, and what in general is permitted to wear when one goes to church, both for women and for men.

Answer: The necessity of women covering their head during prayer (in church and at home) has its foundation in the First Epistle of the Holy Apostle Paul to the Corinthians (cf., 11:3-16). Inasmuch as woman was created from man and as the helpmate of man, she must demonstrate this in her external appearance, and above all – to cover her head during prayer. Inasmuch as this ceremonial statute has a spiritual-symbolic meaning, it must be fulfilled regardless of age. The Church is the preserver of the best traditions, and therefore one needs to dress traditionally: women – a skirt or dress of sufficient length, men – trousers (it’s not proper to enter a church in shorts). Even summers it’s improper to bear one’s arms. Sports clothes do not befit the conditions of a church. Unusual, attention-attraction apparel is undesirable. And, of course, one mustn’t come to church in torn, dirty clothes. The main thing to remember is that church is the house of God, and one must enter it with reverence.

Tomorrow is the fourth Sunday after Pentecost. On it we celebrate the memory of the Hieromartyr Theodotus, Bishop of Ancyra. Here is a brief life:

The Holy Martyr Theodotus lived in Ancyra of Galatia in the third century. He was distinguished by his kindliness and concern. At the height of the persecution under Diocletian (284-305) he provided Christians with everything they needed, and gave them shelter in his home. There they secretly celebrated church services.

St Theodotus visited the Christian captives in prison, paid their bail, and reverently buried the bodies of martyrs who had been thrown to the wild beasts. Once he buried the bodies of seven holy women martyrs, who were drowned in the sea (May 18). They reported this to the governor.

After refusing to offer sacrifice to idols, and denouncing the folly of paganism, St Theodotus confessed Christ as God, for which they subjected him to terrible tortures and beheaded him with a sword. They wanted to burn the holy martyr's body, but could not do so because of a storm which had arisen, so they gave his holy relics to a certain Christian for burial.

St Theodotus is also commemorated on May 18.

Online resources:
Posted by Felix Culpa at 9:07 AM 1 comment:

Why a New Name at Tonsure? 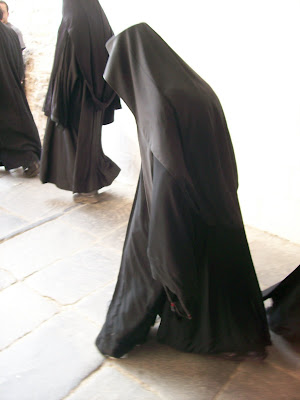 Question: In connection with what, at a tonsure to monasticism, is the one receiving the schema given a new name?

Answer: Monasticism is a free-will renunciation from the good and values of the world. At the tonsure the future monk gives vows of poverty, chastity, and obedience to his spiritual constructor. The departure from the world from ancient times is an image of death. The one born to a new life receives a new name. According to Holy Scripture, a name is not simply a distinguishing mark for a person, but expresses the essence and meaning of the named. The Lord told the Patriarch: “As for me, behold, my covenant is with thee, and thou shalt be a father of many nations. Neither shall they name any more be called Abram, but thy name shall be Abraham; for a father of many nations have I made thee” (Gen 17:4-5).

A name is given to the one being tonsured. The future monk hears his name for the first time during the tonsure. From that moment on he feels himself a new person. 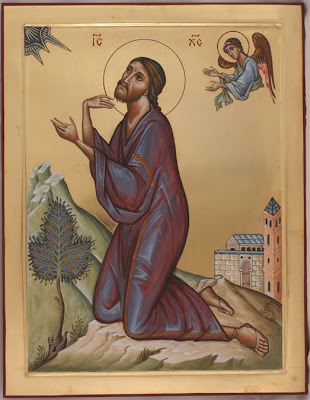 Conclusion
a. It was co-suffering love for sinful mankind that accomplished redemption. The juridical understanding was that Christ took upon Himself God’s wrath.

b. If Christ had descended to hell after his spiritual suffering, but without the Cross, would anyone be able to imagine the depth of those sorrows and to understand the inner union of His soul with the whole of human nature?

c. If there were on Christian who knew only of the Savior’s spiritual suffering and another who knew of His physical torments, the latter would likely mourn His death with greater compunction.

d. This is because our nature is so coarse that it is very difficult for it to enter into the concept of the purely spiritual torments of Christ.

e. Christ’s bodily suffering and death were primarily necessary so that believers would value His spiritual suffering as incomparably greater.

f. Christ’s cleansing Blood, saving Cross, life-giving Tomb and healing wounds are all expressions and images which are substituted fro the general concept of Christ’s redeeming Passion. We are far from insisting that the only meaning of our Lord’s bodily suffer and, in particular, of His crucifixion and death was to provide the faithful with a way of conceiving His spiritual grief.

g. It may be objected that such an interpretation is unheard of.

h. Salvation is our conscious process of perfection and communion with God; therefore, the truths of revelation united with it should be bound to out inner experience and not be allowed to remain as if completely incomprehensible mysteries which we do not understand.

i. The author is convinced that the explanation of the truth of the doctrine of redemption which have been here expounded is in accord with the teaching of the Church, but is even more firmly convinced of the Church’s infallibility so that, if it were proved that this explanation does not coincide with her teaching, he would consciously renounce his views on this dogma.
Posted by Felix Culpa at 9:01 AM 3 comments: